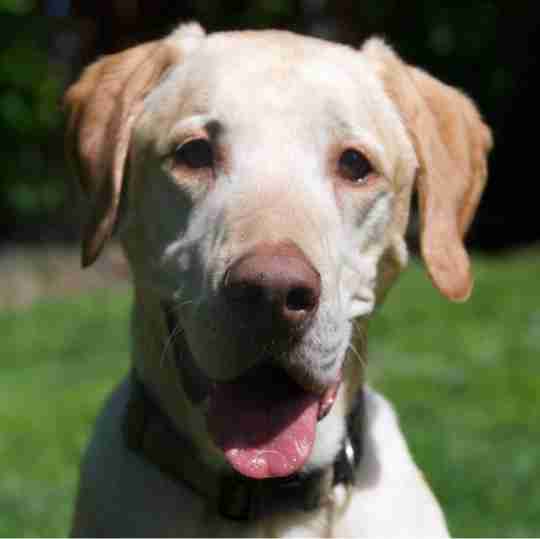 Formal Schooling and Certifications: K-9 Drake attended his initial explosive detection selection and training at Vohne Liche Kennels in Denver, Indiana. Drake then advanced to the U.S. Department of State Training Facility in Moyock, NC to prepare for deployment to Iraq in August of 2007. Drake was certified by the U.S. State Department and the North American Police Work Dog Association in Explosives Detection.

Career Stats: K-9 Drake served as an Explosive Detection K-9 at the U.S. Embassy in Baghdad, Iraq from 2007 – 2013. Without ever taking a day off or having a chance to return to the United States, Drake was one of the primary Explosive K-9’s used in the Department of State Worldwide Protective Services Program. K-9 Drake performed countless explosive detection sweeps for the U.S. Ambassador, U.S. Military, and the Department of Defense throughout Iraq. Throughout his hundreds of missions in one of the most dangerous countries in the world, K-9 Drake never lost a dignitary he was responsible for protecting.

Additional Information: Due to the reduction of the force in Iraq, K-9 Drake retired from government service in 2013 after faithfully and honorably serving a total of six years in Iraq. However, when K-9 Drake retired, none of his previous handlers were able to take him home with them to the United States. After serving his entire career in Iraq, K-9 Drake was in danger of being left behind. Fortunately, one of the administrative support specialists who served at the same camp as Drake volunteered to take him home to Oregon with her. This was amazing news for Drake, because now he would be able to live out the rest of his life with her and her family in the mountains of the beautiful Pacific Northwest.

From 2013 until the summer of 2018, Drake had been living the dream retirement with a wonderful family who was there to take care of him and include him on family hikes. Suddenly and

unexpectedly, K-9 Drake was stricken with a serious medical condition called Pheochromocytoma. This caused Drake to require a very specialized surgery to save his life. Basically, Drake had an adrenal cancer tumor growing into his vena cava, which is the main vein that carries the blood between his heart and organs. Now that Drake was out of service, that financial responsibility was solely left to his new owner, since there are no government programs in place to help retired K-9 Heroes like Drake.

The total cost of this life saving surgery was $4,958, which is an amount that no dog owner is ever prepared to pay.

With the thought of losing K-9 Drake due to the extremely costly nature of this much needed procedure, Drake’s owner reached out to Project K-9 Hero for assistance. By June of 2018, the tumor was restricting 80% of the blood flow and had grown into his spine. In a unanimous emergency vote amongst the Project K-9 Hero Board of Directors, we immediately inducted K-9 Drake into our program and granted him the money needed to complete his surgery which was $2,160.58. Thanks to our amazing network of donors, Project K-9 Hero was able to assist Drake’s owner with these costs, allowing Drake to receive the life-saving treatment. Drake has fully recovered from his condition and is back to hiking in the hills and playing in the lakes of Oregon, thanks to those who support our Project K-9 Hero program.