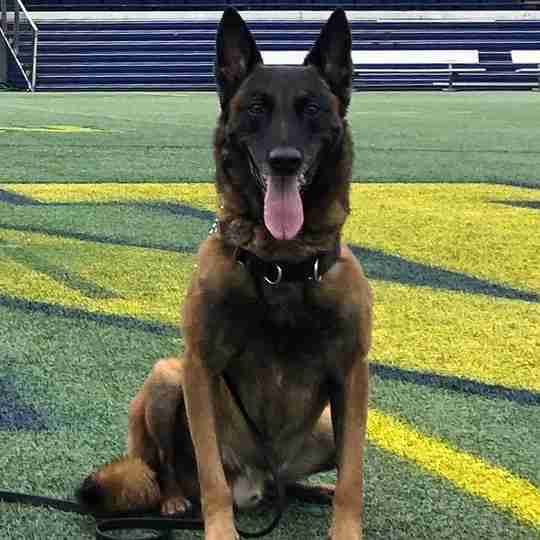 Formal Schooling and Certifications: K-9 Marko attended his initial course in Explosive Detection training at Vohne Liche Kennels in Denver, IN. Marko completed his certifications annually through the U.S. Department of Defense (DOD).

Career Stats: K-9 Marko honorably served three years as an Explosive Detection Canine providing Force Protection to our nation’s intelligence gathering community at a classified location for the U.S. Department of Defense. During his short-career with the government, Marko cleared over 60,000 vehicles for explosives that were accessing one of our nation’s most secured, top-secret facilities. K-9 Marko’s career stats remain classified by the U.S. Government and are prohibited from being released for national security reasons.

Additional Information: Prior to working for the federal government, K-9 Marko worked for the National Football League as an Explosive Detection K-9 during the Cincinnati Bengals games. K-9 Marko protected hundreds of thousands of fans who visited Paul Brown Stadium. This included doing sweeps for explosives at the pedestrian access points, players locker rooms, press boxes, food court areas, VIP suites, general seating, and all packages, parcels, and deliveries. Due to his ability to perform at his job so well, K-9 Marko was recruited by the government in 2015 to become one of the nation’s most trusted explosive detection K-9’s and protect the security of the United States at the highest standards.

During the summer of 2018, K-9 Marko’s medical issues began to affect his ability to perform with the level of productivity that is needed for his high-profile position in the U.S. Government. K-9 Marko has been diagnosed with Inflammatory Bowel Disease that has been causing him to regurgitate his undigested food after eating. These severe medical issues were greatly decreasing his performance and just one day after his 5th birthday, K-9 Marko was forced into an early retirement from service due to health-related issues he could not overcome.

When K-9 Marko had to retire from serving his country, he immediately lost the funding that was being used to cover the eight different prescriptions that were needed to treat his conditions. These medications alone cost $1200 a month, along with a special prescription that is $2000 every six months, as well as $500 a month in procedural treatments.

The yearly total of $24,400 now became the responsibility of his handler, who is the working mother of a newborn baby. These expensive medical needs would be a financial burden on any K-9 Handler, and we at Project K-9 Hero were notified by her co-workers of the situation leading up to Marko’s retirement date. Due to the totality of the circumstances, our Project K-9 Hero board members moved K-9 Marko to the top of the list of recipients and started taking over responsibility for his veterinarian visits and prescriptions the day after he retired so there was no gap in his medical coverage. Even though his costs a year far exceed what our program offers at $3,000 a year, we plan on holding several fundraising events for him to make sure this K-9 Hero gets the medical attention he deserves for his faithful and loyal service to our country. 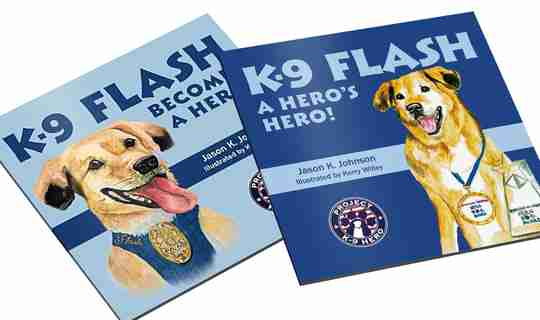